The Clinic by David Jester 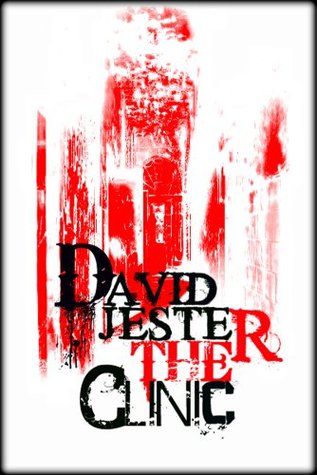 Sometimes petty crimes aren’t satisfying enough, when the mother-load is just on the horizon. Why steal from a sleeping drunk when a clinic looms just out of town, filled with rich rehab patients? This is the question that Malcolm, Darren and Eddie ask themselves — three delinquents raised by the streets.

This book starts out really well. The introductory scene draws the reader in with a unique third-person omniscience point-of-view that makes everything from the thieves, to snoring man, to creaking floorboards come to life. From here, the story progresses into a wonderful telling of three adolescents ignored and abused by their parents. It is not wonderful in the sense that these boys have “wonderful” lives, but the intense focus on this character development through back-story is refreshingly pleasant.

Once the action picks up, it doesn’t let go until the very end. The heist is pleasantly set-up so that it doesn’t feel like a bunch of random teenagers running across the pages, but instead a group of semi-friends brought together because of their horrible lives at home. From their very first step into The Clinic, the suspense is invitingly creepy. David Jester uses internal monologue and prose together for such suspense, causing the reader’s heart to beat out of control with each slapping foot as it comes closer, closer, closer, and each bulb buzzing to life, ripping secrecy from the shadows.

I loved the back-story presence, and Jester knows his way around setting up a scene, but sadly, The Clinic falls flat after this. The first 20% was wonderfully promising, but then things start to fall apart. There are so many editing issues that I struggled to make sense of certain sentences, and the ones that did make sense just sounded choppy and ill-crafted. An editor would have helped this book immensely… at least some of its issues.

There is no easy way to say this… okay, maybe there is. In short, The Clinic is unrefined. No, it is not just the editing issues that make it so, but the writing style is stilted and juvenile, making this feel more like a first draft than a final sellable product. There are many repeated words in close proximity to each other, applying the breaks to any style points afforded through word craft. Jester seems to particularly have a problem with third person pronouns and their over-use… or perhaps he doesn’t have a problem with their over-use. This is not just a word-craft issue, killing any potential magic the words have to share, but it even gets in the way of some sentences making sense, particularly where there is more than one “he.”

This is the biggest issue with The Clinic, as it runs throughout. It, however, might not have taken so many points away if the plot was good… or existent. 80% of the book is just mindless gore speckled with a few key moments of suspense. The last 20% is when the plot finally gets introduced, and then promptly concludes. This constitutes a total of about 30 pages. The plot was not necessarily bad in concept, but some presence of it before the final confrontation would have been nice.

Sadly, despite the promising introduction, I cannot recommend this book. True, I managed to get from beginning to end without setting it aside, but that is all that really can be said. The Clinic is full of editorial errors and juvenile word choice. This coupled with the lack of plot does not do the book any favours. The first 20% is The Clinic’s only redeeming factor, setting up the characters well. If you like mindless gore, that is what The Clinic has to offer.