A fantasy tale of hermits and prophecy. 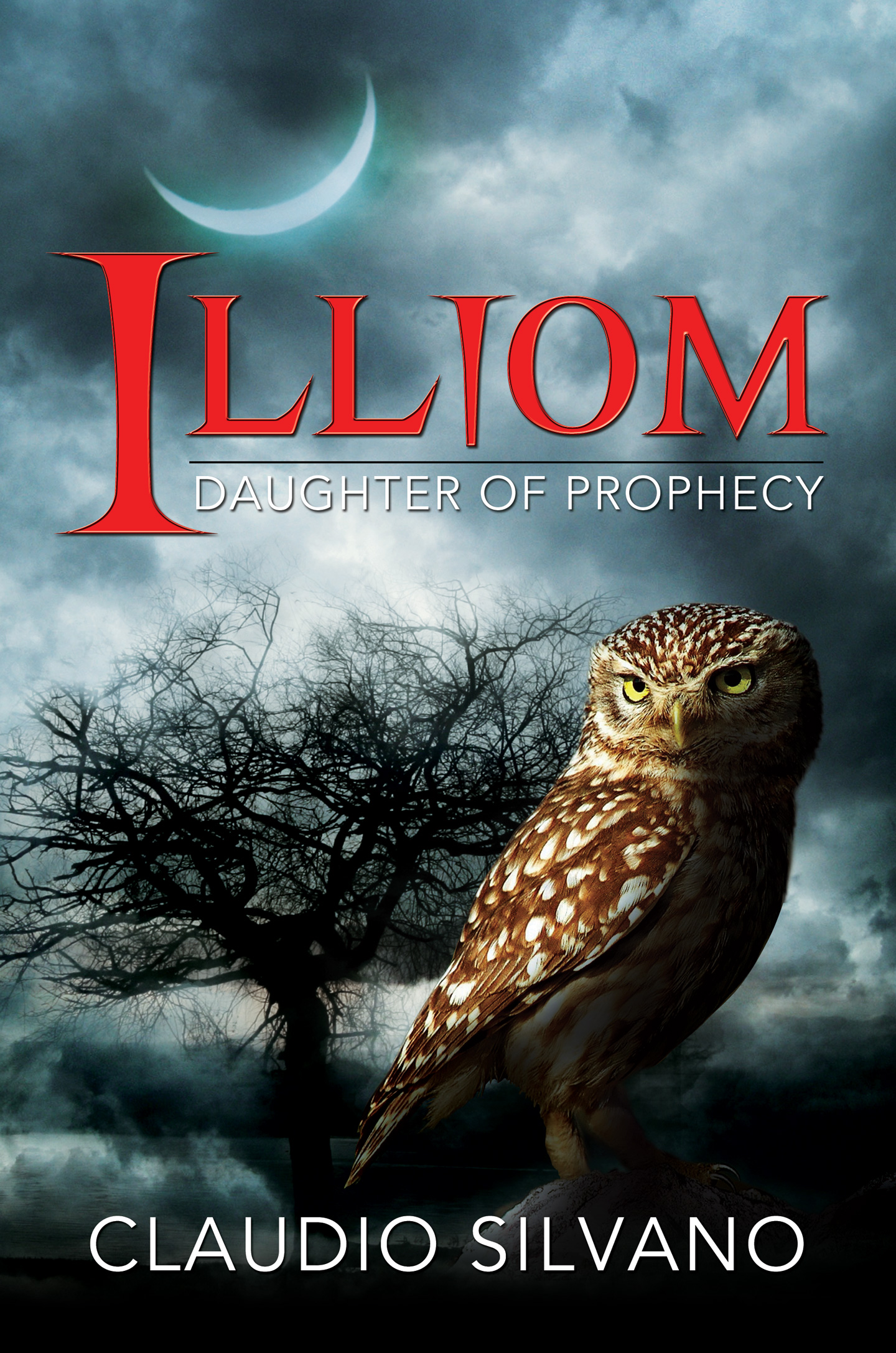 Have you ever fantasised about living in the woods? In a world full of high-rises and busyness, it could seem pleasant to try and make a home for yourself in the wilderness, back to the roots of those caveman days. I don’t know if Claudio Silvano has thought about this or not, but he has created a character who went further than thinking about it. She lived it. Illiom, a self-made hermit, lives in the mountains with naught but her animals and own thoughts, until she is rudely disturbed by a prophecy and royal summons. The nerve!

From the first pages, I was impressed by this book. It opens with a piece of lore that lets the reader know about some of the history and working of the world, adding magic one word at a time. Such “fragments of lore” are speckled pleasantly throughout the book, uncovering some of the mysteries of the spiritual nature of the world through subtle hints, making the culture come to life. It was intriguing to see the Biblical parallelism they had, while still being new creations in their own right.

After a clever and inviting piece of lore, the story kicks off with Illiom in the mountains. Right away, the writing style grabbed me. The prose are coloured with personification making scenes come to life, and further building upon the lore of the land. The scene setting is well done, making a simple thing like a journey from point A to B a pleasant romp through the scenery as words are crafted around the road ahead.

The third person narrative style that Claudio Silvano chose, allows for camera manipulation. The camera swings seamlessly from a close-up on the characters, re-telling word for word what they are saying, then pulls away to reveal the scene at a glance. I have seen this done poorly, and was glad to see it done well here. It allows for not every single word to be dictated, while still having pointed dialogue sections.

The book starts out great, but sadly does not keep up the momentum. I enjoyed some of slower sections at the beginning while the world was being developed, but the magic dies quickly. Purple prose make it drag in spots. What makes the prose well done during travel sequences is that it builds the scene and gives a sense of progression. The obsessive description of static locations, later on in the book, does little to set the scene, but instead paints in pain-staking detail, thus slowing down the progression to a stop, instead of informing the journey as it progresses.

There are long sections of dialogue that do little more than describe the ins and outs of certain cultural particulars. Such long-winded tell instead of show descriptions are dry and uninteresting, also not aiding some of the pacing issues already evident. Illiom is inexplicably clueless about the workings of the world in order to inform the reader of how things are. She asks a lot of questions to be answered in bland and uninteresting dialogue which does the job, but is less than appealing.

I have touched on it before, but that is because this is the biggest problem with Illiom; the pacing is way off. It starts off strong, and then the plot stops altogether as the characters (and reader) wait for something to happen. A lot of the book is spent with the characters “in conference” deciding what to do. These scenes lacked interest, contained lots of tell instead of show about the inner workings of the world, and at the end of the day, could mostly be skipped over to get the plot back on track quicker.

Sadly, the plot never does really pick up. The first 20% is great, and the last 10% is okay, but the rest of the book is just a bunch of characters sitting around, learning about a world they should already know about, and twiddling their thumbs. The whole time, I was waiting for the plot to get moving, and by the end it still hadn’t really moved. It feels like a giant set-up for book two.

Unfortunately, great potential does not always equal a great book. Illiom offers a beautiful world with some artfully implemented prose, but this does not make up for most of the book being a stand-still. The pacing issues are immense, and, sadly, the potentially good writing is hindered by the plotting. If you are willing to stick it out, and see if something happens in book two, this book might be for you.

Where you can find it:
Smashwords
Amazon (COM) (CA) (CO.UK)